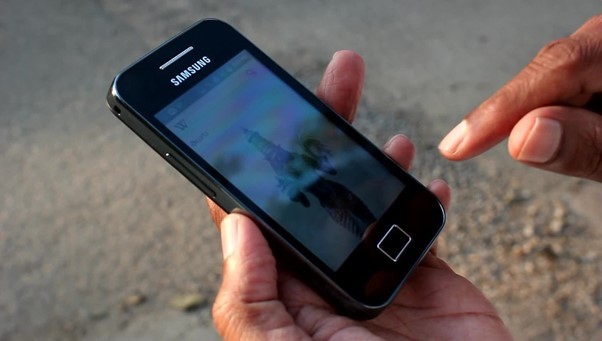 The launch of M-Pesa in Kenya in 2007, heralded significant change that included:

This evolution laid the ground for nano credit namely an automated low value consumer lending product built around data. Nano credit has a strong customer value proposition as it offers flexibility to the consumer with the ability to obtain small amounts of credit quickly and easily, and to repay when funds are available. The process is highly automated based on analytics which evolve over time as more information is collected. However, with limited access to quality data key elements in decisioning are i) a positive credit reference from a credit reference bureau and ii) evidence of the repayment of earlier loans. This led to the design feature whereby borrowers progress to larger loans through the repayment of a succession of smaller loans.

Over reliance on credit reference bureaus: Over time credit references will move towards credit scores which better indicate repayment capacity and willingness to repay, which are less influenced by the failure to repay a single nano loan. Until then, with a positive/negative reference being provided credit references are something of a blunt instrument – albeit an important one. If people fail to repay their nano loans they are negatively listed and potentially refused access to future credit.

Understanding the high numbers of loans in default: In Kenya 14 million accounts out of 110 million are in default. Many defaulters have nano-credit loans. However, this does not mean that 14 million Kenyans are negatively listed, as many defaulters have defaulted on multiple loans. One factor is a fraud some call ‘layering’. Typically, a stolen identity is used to apply for loans from multiple providers at the same time successively qualifying for larger loans, then defaulting on all loans simultaneously.

Motivations of nano lenders differ: With high potential returns from nano lending, and relatively low costs to establish a lending platform the number of digital lenders expanded rapidly peaking at over 100 lenders. The motivations of digital lenders differ – but some were attracted by the potential for high returns, the limited capital required, and the ability to rotate that capital very rapidly.

Customers were sometimes mistreated: Customers sign up to nano credit through an application. In downloading the application, the customer gives permissions which can include access to address books, and the ability of the provider to scrape data from the phone. Access to personal information is used by providers for credit appraisal, but it could also be misused to facilitate questionable debt collection practices such as spamming the contacts of customers who default. Clearly by downloading the application, the customer ticked a box and hence ‘consented’ to the terms and conditions of the product. However, few customers read the terms, nor were they aware of how their data was going to be used. In these cases, there is a clear lack of informed consent.

Lack of transparency: This lack of transparency next shows in pricing. Because loans are short term the full cost of credit is not always clear. Nor because of the short-term nature of credit are annual comparisons truly meaningful to the credit recipient. Nevertheless, with annual percentage rates varying from 27% to over 600% in one CGAP study, transparency is important.

Industry responses: The Digital Lenders’ Association of Kenya was very much aware of the issues arising in the nano credit industry. It worked on a Code of Conduct to guide members actions. However, the challenge was that many of the less ethical nano lenders, were not members of the DLAK, and were not prepared to sign up to industry codes.

The Central Bank reacts: Seeing high numbers of loans in default, high prices, and unethical behaviour from some nano lenders reported in the press – the Central Bank of Kenya stepped up and denied non-regulated nano lenders access to Credit Reference Bureaus. With 85% of the volumes of nano credit supplied by regulated institutions, CBA-M-Pesa – Mswhari, KCB-M-Pesa, and Equity Bank, the CBK action was felt by the remaining nano credit providers. Non-regulated nano credit providers drastically reduced their lending as a result.

The short-term response by the CBK indicated the need for a considered policy response which would enable the nano credit industry to develop, but to do so appropriately. As part of its ongoing dialogue the DLAK commissioned PwC to write “A Comparative study on the Regulation of Digital Lending”.

A Comparative Study on the Regulation of Digital Lending

The report is a comparative study of digital credit regulation across Australia, Egypt, Uganda, India, Mexico, Nigeria, Poland, South Africa, Spain, the UK, and Singapore. Regulating alternative finance (crowdfunding) is not considered in the report.

Recommendations from the Report

The PwC report recommends given the evolving state of the Kenyan nano credit industry that there should be the development of a consumer credit code that applies to all credit providers. Enforcement of the code should be through a regulator, either the Central Bank or a specific regulator. The report does recommend a complex licensing regime, that would cover capital requirements, financial adequacy, and reporting in a nascent industry.

Nevertheless, the coverage suggested of the Code of Conduct appears comprehensive and would address much of the misconduct discussed earlier. The report suggests:

“Some of the key consumer protection principles that should be embedded in the proposed consumer credit code include: (i) transparency and fairness in dealings with consumers; (ii) transparent pricing principles (iii) disclosure of key terms and conditions; (v) restrictions on certain debt collection practices; (vi) credit information reporting; (viii) marketing guidelines for consumer credit products; and (x) complaints handling and dispute resolution.”